Extension of the space for University Research

The presence of the Gerolamins in the city dates back to the last twenty years of the 14th century, when Blessed Peter Gambacorta founded the congregation of the poor hermits of St. Jerome in the nearby hills of the Ceshe. The monastery was erected on this site in the first half of the 15th century; then in the second half of the same century the convent church was erected.

The convent and church will be completely rebuilt in the second half of the eighteenth century on the design of the architect Ursino Giuseppe Tosi. The Gerolamini Fathers stayed there until the second half of the 19th century when, following the Unification of Italy, the convent was required by the State and first hosted a child-care center, wanted by the regal extraordinary commissioner for the Lorche Valerio Marche. school and normal male banquet and finally the prison in 1889, when he was transferred from the Ducal Palace to this building; this destination made considerable changes to the architectural structure. The prison was closed in the eighties of the twentieth century, since then the building no longer had any destination, remaining abandoned. In the first years of the 21st century, after the transition to the local university, some departments were set up in the former monastery for the preservation and restoration of works of art, occupying only a part of the large building. 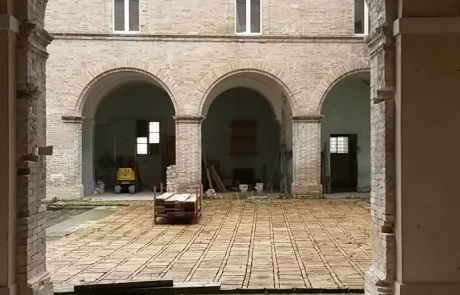 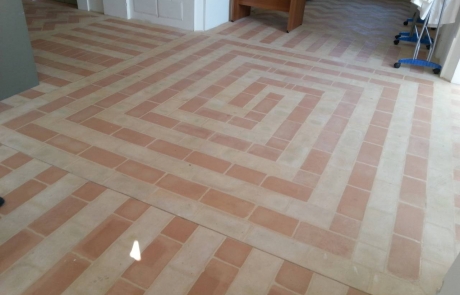 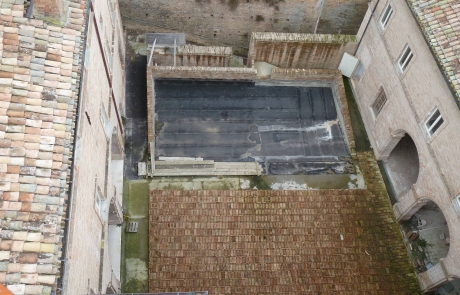 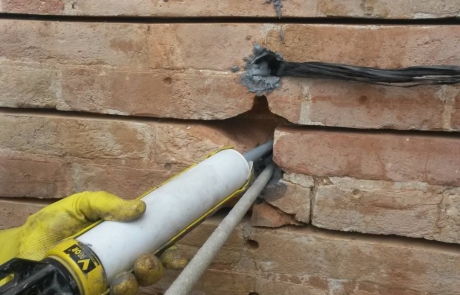