Structural consolidation and architectural changes of Rotonda a Mare

The history of the Rotonda a Mare goes back to the second half of the Nineteenth century, when the architect Vincenzo Ghinelli designed the structure. In 1910 the Rotunda, which was located a few hundred meters North from its current location, was enlarged and was entrusted to private entrepreneurs who transformed the Hotel “Bagni”, which was later renovated in 1923.

This new intervention was aimed at maintaining the basic shape of the Rotunda, but it entailed the replacement of the wood with more durable materials, especially for what it concerns the access to the pier, the deck, the dressing rooms, bathroom and the area used for walking.

The decision to move the Rotonda a Mare in the current location, in “Penna” square, was taken on January 30, 1932 by the Azienda Autonoma Stazione di Cura e Soggiorno who chose the engineer Enrico Cardelli to complete the project. The works ended on the 18th of July 1933 and soon Rotonda became famous for its dancing nights so that on the July 7th 1935, prince Umberto visited Senigallia to admire this building and to inaugurate the Colonia Marina Maria Pia di Savoia.

During the Second World War the Rotonda was used as a military warehouse. Once the war finished, the place became more and more popular, catching the attention of tourists and important artists. 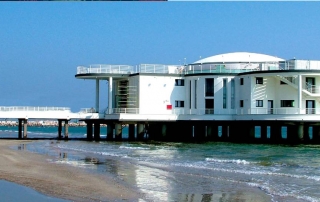 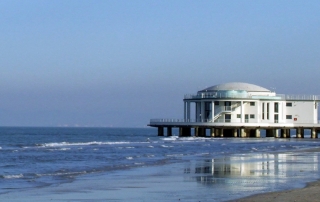 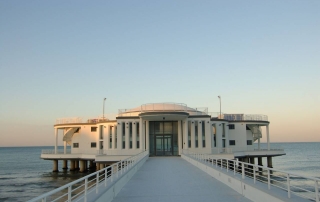 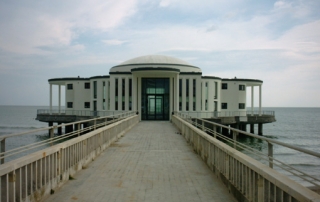 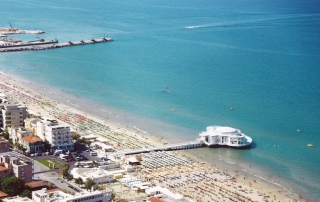 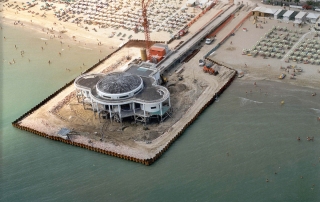 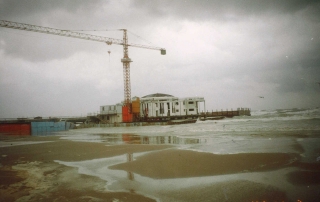 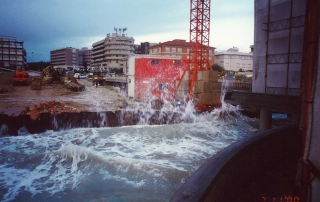