The fifteenth-century temple, built in several stages, with decent proportions, was gradually adorned with works of which there are some memories: the great altarpiece painted for the high altar by Girolamo Genga (1476-1551) “The dispute on the Immaculate Conception” ( 1516-1518), is now in the Pinacoteca di Brera in Milan.

In 1741 he decided to rebuild the monastery and the church: it was demolished in 1747 and ended only in 1777, rebuilt to a design by Luigi Vanvitelli (working with Giuseppe Antonio Landi ), the façade has remained unfinished, however, (had to be adorned with marbles), the bell tower was instead built on a design by architect Charles P. Bourbons.

It has a basilica plan: Roman vaults support the roof, adorned with rosettes that are repeated in the chancel. The nave has three chapels on each side, which show round arches.

The brightness of the ceiling is due to the six windows inscribed in the arches of each span. At the point of intersection of the transept area of the presbytery with the dome rises a couple on which stands the central lantern.

The temple feature a large number of artworks. 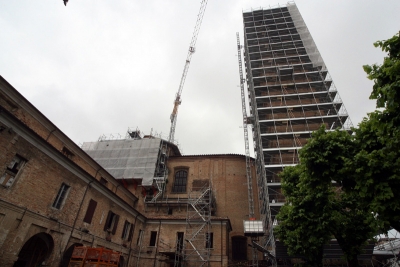 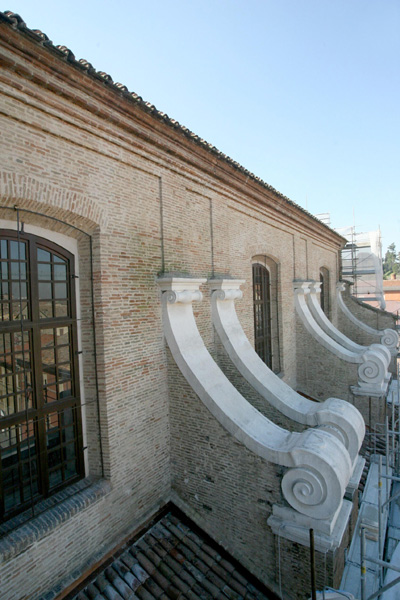 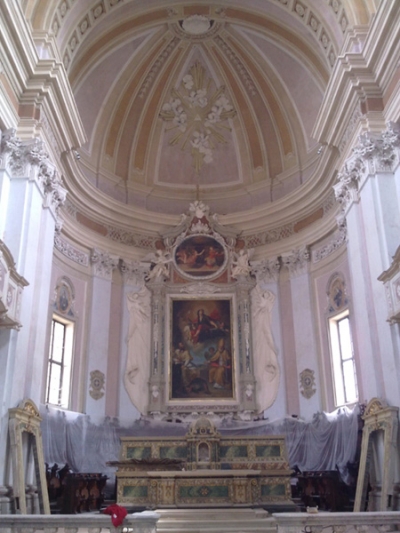 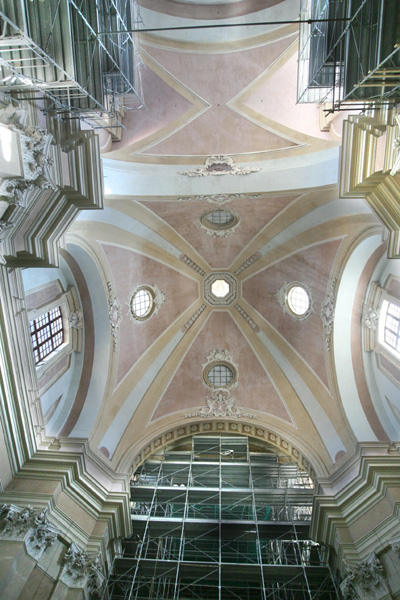 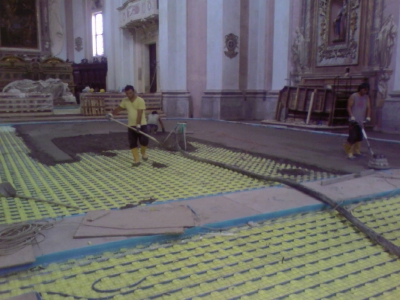